An oldie but a goodie: this post was originally published on 3/16/17.

Happy Women’s History Month!! Although you don’t have to go far to run into a brilliant female medical student, faculty member, of staff member at the UCF College of Medicine, medical education was not always so. The first American woman to become a medical doctor (Elizabeth Blackwell), obtained her medical degree in 1849, but it has been a slow journey to the more diverse (though still imperfect) medical education system in the U.S. today.

In a previous post, In Celebration of Brilliant Women: March is Women’s History Month, I discussed the current state of the gender disparity in medical education: “Although it is clear that women have come a long way in American history, the glass ceiling seems to be alive and well in academic medicine. According to the American Association of Medical Colleges, although nearly half of American medical students and medical residents are women (47% and 46%, respectively), only 16% of deans, 15% of department chairs, and 33% of senior associate/vice deans are women. As of 2014, only 22 out of the 141 deans of American medical schools were women.” Happily, the UCF College of Medicine is ahead of this national curve, and the numbers of women in academic medicine are slowly changing to match those of the larger medical profession.

We love celebrating and supporting the awesome female medical students, faculty, and staff studying at and employed by the UCF College of Medicine, as well as celebrating influential women in medicine throughout history. We’ve rounded up some of these female pioneers in medicine for your Women’s History Month reading pleasure: 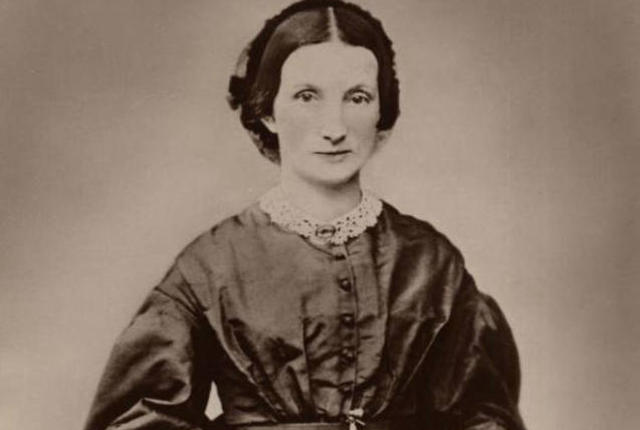 Dr. Ann Preston  worked as an apprentice to a doctor before applying to four different medical schools in Philadelphia, and was rejected—just like all the other female applicants. When the Female Medical College of Pennsylvania was founded in 1850, Preston enrolled in its first class. After graduating, she founded the Woman’s Hospital of Philadelphia, and changed the name of the school to the Women’s Medical College of Pennsylvania. In 1866, she became Dean of the college, the first woman to hold the title. Preston then fought for the right of her students to attend clinics at various local hospitals just like male medical students. It was not an easy battle: in 1868, Preston’s students were allowed to observe a clinic at Blockley Hospital. When the first women arrived, however, they were met by an angry demonstration. The male medical students shouted insults and threw paper, tinfoil and tobacco quids at the women. The female students remained composed and attended the clinic, but on their way out they were pelted with rocks.

It would not be the last time such behavior greeted the doctors-in-training. But Preston kept up her support of her medical students even as her own health failed. She died in 1872 and bequeathed her assets to the the Women’s Medical College of Pennsylvania to fund scholarships.

In 1873, Harvard professor, Edward Clarke, published a book entitled Sex in Education; or, A Fair Chance For Girls. Despite this promising title, the purpose of the book was to discourage higher education for women because, “there have been instances, and I have seen such, of females… graduated from school or college excellent scholars, but with undeveloped ovaries. Later they married, and were sterile.” Clarke’s rationale was that a woman couldn’t menstruate and think at the same time, and therefore, keeping women out of colleges and universities was for their own good, lest too much thinking make them infertile.

An upsettingly small number took issue with Clarke’s opinions, but one who did was Dr. Mary Putnam Jacobi. Jacobi earned a medical degree at Woman’s Medical College of Pennsylvania in 1864 (where she received her M.D. at age 22), then went on to study at France’s famous École de Médecine, where she was the first woman ever admitted. Jacobi gathered empirical data on real women, and was the first to show that women can, in fact, think and menstruate at the same time: “there is nothing in the nature of menstruation to imply the necessity, or even the desirability, of rest.” Jacobi’s work won awards and helped to break down barriers in women’s education.

Dr. Rebecca Lee Crumpler was the first black woman to earn a medical degree in the U.S. She was born in Delaware in 1833 and grew up in Pennsylvania. As an adult, Crumpler worked as a nurse in Boston by on-the-job training, as there were no nursing schools at the time. Her supervisors were impressed with her work and suggested she try medical school. Despite the references, it took eight years for a college to admit her. In 1860, she entered the New England Female Medical College and graduated in 1864. After the Civil War, Dr. Crumpler moved to Richmond, Virginia, where she could serve the medical needs of recently freed slaves. She wrote Book of Medical Discourses, which includes her biography, but mostly focuses on how women can meet the medical needs of their families. It was published in 1883. In spite of her place in history, there are no existing photographs of Dr. Rebecca Lee Crumpler.

Dr. Jane Cooke Wright graduated with honors from New York Medical College in 1945. Wright’s work includes a long list of achievements, including treatments for both breast and skin cancer and pioneering work on chemotherapy including more than 100 papers on cancer chemotherapeutics. She led teams of cancer researchers to Africa, China, Eastern Europe, and the Soviet Union. She was also one of the seven founders of the American Society of Clinical Oncology, and was the first woman to be elected president of the New York Cancer Society.  Additionally, she  was appointed to the National Cancer Advisory Board by US President Lyndon Johnson. 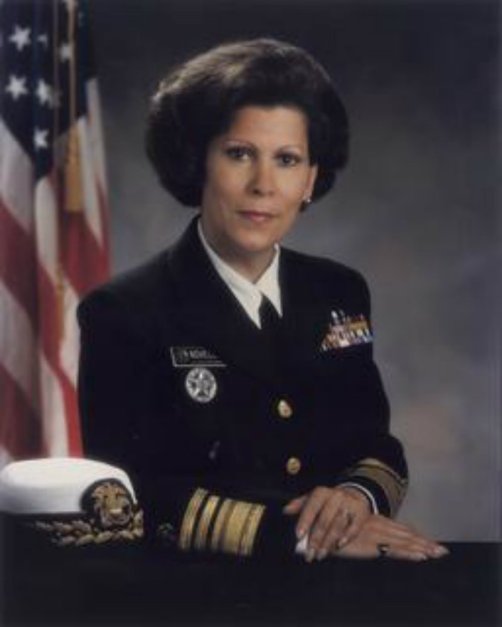 Dr. Novello was the first woman and first Hispanic to serve as Surgeon General in the US from 1990 to 1993.  Oh and no big deal, she was also a vice admiral in the Public Health Service Commission Corps and Commissioner of Health for the State of New York. During her time as surgeon general she focused on a wide range of topics including: female health, underage drinking, minority children, smoking and AIDS. She is responsible for launching the Healthy Children Ready to Learn Initiative, and was involved in promoting the immunization of children.

“Don’t be afraid of hard work. Nothing worthwhile comes easily. Don’t let others discourage you. In my day I was told women don’t go into chemistry. I saw no reason why we couldn’t.” ~Dr. Gertrude Elion

An American biochemist and pharmacologist, Gertrude Elion won the Nobel Prize in Medicine in 1988.  She invented various drug treatments for leukemia, gout, malaria, viral herpes, and the prevention of kidney transplant rejection.  Dr. Elion’s most well known contribution was the first antiretroviral drug to treat AIDS, aziothymidine, known as AZT. At the end of her career, she had developed 45 medical patents, was awarded 23 honorary degrees and was inducted into the National Women’s Hall of Fame.

Who is your favorite female trailblazer in medicine?